😦 I can’t really explain the feeling you get visiting these places and reflecting on the atrocities performed here; even trying to begin to imagine going through what the unfortunate souls brought here were subjected to makes you sick to your stomach. 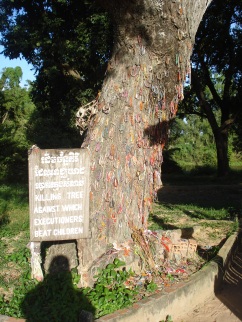 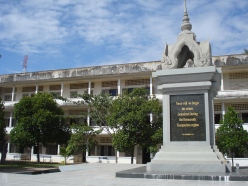 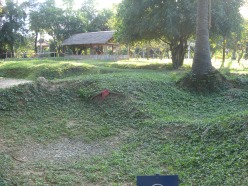 An interesting contrast is that directly across the road from the museum is TJ’s slimming foods and puppies cafe (which does a bad-ass Oreo smoothie but is very much puppyless!) Attempted to combat the melancholy with a trip to the spa in the hotel and a massage followed by a meal at a bona-fide Cambodian BBQ place where the food is served raw and you have your own hotplate to cook the food on

🙂 Delicious and hoping that there’s no adverse physical reaction tomorrow! Also found a place which sells spiders (as food!) but haven’t indulged as yet 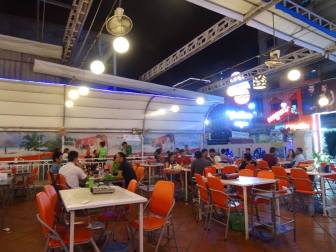